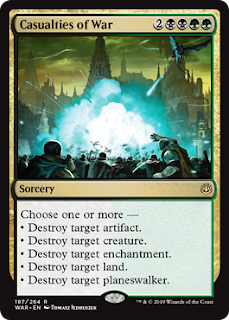 Just caught one of the cards in the most recent Magic: The Gathering sets was "Casualties of War".  This flooded my memory banks with the time spent organizing and helping steer the formation of the "Casualties" guild for Warhammer Online: Age of Reckoning (WAR).

The original idea was to call the guild "Casualties of WAR" (CoW) but that was eventually shortened to just "Casualties".  The concept being we were a group of mostly "casual" players coming from other games to WAR.  Casual from the perspective of "CoW is a casual by force of Real-Life guild" as noted when we were a featured guild of the week on TenTonHammer.

At the time this was a big deal in my virtual life.  The guild featured a who's who of the MMO blogging world at the time and I was right there in the middle of it.  We had grandiose proclamations in our guild charter (too which I cannot find a copy unfortunately) and plans to become THE REAL DEAL of guilds.

In the long run the guild fell apart.  WAR was NOT the game we had all hoped and that quickly resulted in actual casualties of WAR... ha.

Anyways; always fun when something brings back fond memories of gaming past. Maybe I need to queue this up as a "Games Made Me" post... hmmm.

Enjoy a couple recruiting pictures I had put together for the Casualties guild.  This is some of my finest work! 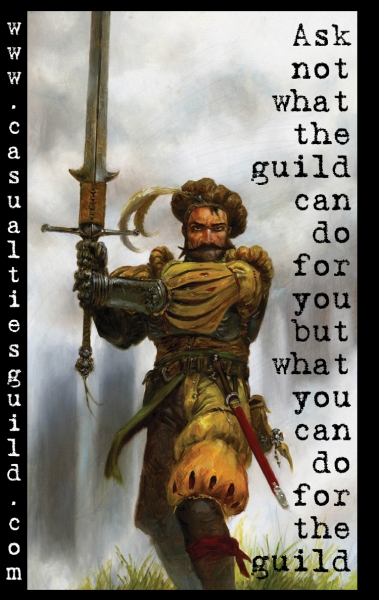 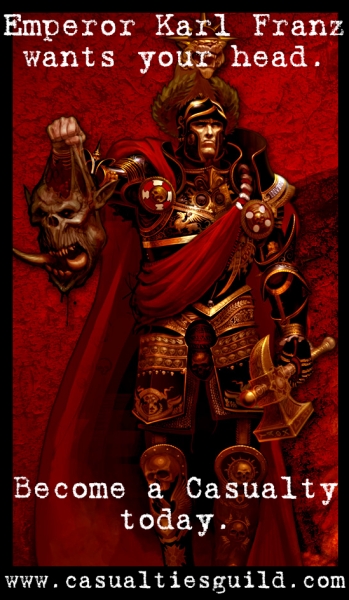 Posted by heartlessgamer at 11:38 AM No comments: