Why I bought The Way of Kings by @BrandonSandrson

I don't get excited about many new book releases.  I'm too backed up on books I've never read to care.  However, Brandon Sanderson's up front and always on promotion for his writing (from finishing The Wheel of Time to Mistborn), has made me a fan.  With his new novel, The Way of Kings

, releasing today, I wanted to share a blurb from a post on Tor.com about why this book is worth buying:

Well, finally—after two decades of writing—Tor has given me the chance to share The Way of Kings with you. They’ve taken a risk on this book. At every juncture, they agreed to do as I asked, often choosing the more expensive option as it was a better artistic decision. Michael Whelan on the cover. 400K words in length. Almost thirty full page interior illustrations. High-end printing processes in order to make the interior art look crisp and beautiful. A piece of in-world writing on the back cover, rather than a long list of marketing blurbs. Interludes inside the book that added to the length, and printing costs, but which fleshed out the world and the story in ways I’d always dreamed of doing

If that doesn't make sense, let me use a gaming analogy.  This is essentially an indie developer going to EA and telling them that they will release his indie game the way he wants it released.  It's not saying that Brandon was rude or out of place making these demands of Tor (his publisher), but made the case that this will make the experience better.  Tor believed him and made at least one customer happy by doing so.

I am excited to get my copy.  Get yours via Amazon

or your favorite local book retailer.
Posted by heartlessgamer at 8:45 PM No comments:

Email ThisBlogThis!Share to TwitterShare to FacebookShare to Pinterest
Tags: Books 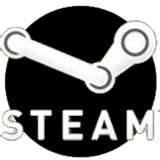 , but I was about to lose my cool this morning because I could not get Bioshock

to run via Steam.  I was getting the dreaded "This game is currently unavailable" error message when launching the game.

Steam support has a great guide for this problem.  Unfortunately, the step I needed to take was towards the bottom and it took me a long time to get to it.  I first did the Windows 7 troubleshooting, then driver updates (which are not easy on the m11x thanks to Dell's m11x vs. m11xR2 branding), and then I ran every option on the list; except for one that I didn't think was needed: Verifying Game Cache Files (GCF)

It took a few minutes to verify Bioshock's files and in the end it found 5 missing files.  A few seconds later Steam downloaded the missing files and Bioshock now works.  So, lesson learned. Do the simple steps first and then worry about going ape shit with deleting/reinstalling/etc.
Posted by heartlessgamer at 8:48 AM No comments:

MMO Developers: Read this, learn from it

single-server design. It's an amazing read and no blurb I can quote from it does it justice.  But I'll throw a teaser out to get you to click on over:


The real solution to this problem is to embrace the notion that in an MMO, just like in any other social network, players are the content. Once that is accepted as a fundamental design guideline, it becomes easier to navigate the challenges involved in creating and maintaining a single shard architecture and actually gives the advantage to that design model.

Posted by heartlessgamer at 1:27 PM No comments: 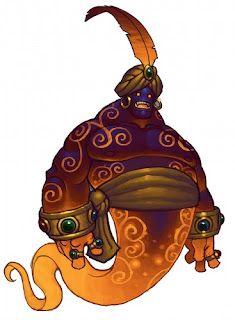 
Torchlight II ignites the franchise created and developed by Runic Games in this exciting sequel to the award-winning Action RPG Torchlight. Runic Games, located in Seattle, is a veteran team composed of the designers and leads of projects like Diablo, Diablo II, Mythos, Fate, and Torchlight, which won the Game Developer’s Choice Award for Best Debut of 2009.

Torchlight II is richly textured with our unique art style, drawing from traditional animation influences and expanding on the whimsical and quirky world captured in the original Torchlight. We aim for that broad appeal that’s appropriate for older kids, but is really intended for the kid in every adult.

The most exciting new feature of Torchlight II is the multiplayer element. Play with your friends, and use the free peer-to-peer matchmaking service to meet new players of a similar level and interest. Together players will discover expansive randomized outdoor areas and deep ominous caverns; random instanced and persistent dungeons, a huge variety of all new monsters and villains, endless variations of loot to find, and quests to complete. Players journey through the perilous Overworld, enjoying all new weather features, time of day events, and a rich and cunning story to drive gameplay.

Beyond the town of Torchlight lies a world shrouded in adventure and mystery. Guardian-warrior Syl appears in a prophetic dream, summoning the player to the Estherian Steppes. There, you meet with the Destroyer and soon venture across the continent of Vilderan, an exotic frontier besieged by forces of evil. A discovery unfolds, that the Alchemist, following his conquest of dark ember, disappeared on his quest to defeat the unknown corrupted force responsible for destroying the mystical race of Estherians. Aided by Syl, the remaining Estherian Guardians, and clues left behind by the missing Alchemist, you will find yourself battling a powerful enemy that threatens to unravel the elements of the entire world.

Runic Games will release Torchlight II initially as a digital download in Spring of 2011.

* Multi-player – Play with your friends over a local area network, or over the Internet. A free matchmaking peer-to-peer service lets you make new friends for exciting co-op play.
* Customizable Characters – Players create and customize a character from one of four classes available and choose an animal companion. Through cosmetic, class, and gender choices, skill path decisions, and the treasures they acquire, each character can be custom-tailored to each player’s needs.
* Moddability – Torchlight II will release with an updated version of TorchEd, the Torchlight editor. Players have the option to create their own mods, adding even more content to the world. You and your friends can download the same mod and play together!
* New User Interface – Torchlight II boasts an entirely new, improved user interface, designed to be easier than ever for new players to pick up and play. Thanks to this intuitive interface, players have immediate access to a rich and varied world, with little experience necessary.
* Overworld Areas – Torchlight II has large randomized overworld areas to explore with weather, time of day cycles, and random events that provide players with even more content to experience.
* Random Dungeons – Delve into randomly generated dungeons within the game at any time for extra experience and rare loot. Dungeons in Torchlight II have even more branching paths to explore with friends filled with random events, rewards and dangers.
* Retirement System – Once characters are sufficiently leveled up, they can “retire” and bestow specific benefits and perks onto new characters.
* Pets – Players choose a pet to accompany them. Pets level up along with the player, and help in battle, learn spells, carry items, and perform a variety of support services.
* Fishing – Fishing returns in the sequel! Players can take a break from the high-energy pace of adventuring to relax by one of the many fishing holes and see what they can catch. Fish have unique benefits for the player and pet, while a number of other rewards can also be discovered.

I'm slightly confused, because I thought their MMOG was coming next, not another co-op/single-player game. Or I'm not understanding exactly what Torchlight 2 is!?
Posted by heartlessgamer at 12:05 PM No comments:

Email ThisBlogThis!Share to TwitterShare to FacebookShare to Pinterest
Tags: Torchlight

. However, Microsoft's Surface continues to impress me, this time showing off Settlers of Catan

Now, some people may ask what advantage the Surface has over something like the iPad? Aren't they both just touchscreen interfaces and isn't the Surface super expensive? Yes, to both questions, but both are besides the points.

The iPad and like devices are touchscreen, but that's it. The Surface incorporates cameras within the screen to identify tags on different objects. That is how in the video both the real dice and card blinds work. That's the benefit of the Surface and why it's the better platform for virtual board gaming: it is meant to be used with real objects, not just virtual.

That leaves only the price at play and the Surface is expensive. But then again it is marketed as something that would be installed in a cafe or arcade of some sort, not a home use gadget (yet!). I really think Microsoft has a much better chance at long term success with the Surface vs. the flame of the moment tablets (which like netbooks, I guarantee will burn out soon enough).
Posted by heartlessgamer at 11:44 PM No comments:

July was a laid back month for gaming. I started off with Elder Scrolls and ended up playing Bad Company 2.

I have embedded the new What I'm Playing/What I'm Paying spreadsheet for June below. The overall spreadsheet (includes previous months) can be found here.

Game of the Month

I picked up a copy of Oblivion

on sale via Steam. I like the game, but at the same time I don't like the game. Until I included some mods, it was an unbearable experience. The first few quests I went on in the game were bugged and without the console and UESPWiki, I would never have figured out what to do. Also, I can't stop accidentally clicking on random objects and getting flagged as a thief. Oh, and the default UI sucks balls.

Fortunately, I did install some mods and the game is bearable now. I have a better UI, better graphics, and the Unofficial Patch fixes TONS of quest bugs (pretty much every bug I had encountered so far).

I find the main storyline to be about as exciting as nails on a chalkboard. It is 100% generic fantasy and a hero with a thousand faces type stuff. But that's OK, because I can travel off the beaten path and explore an amazing world. It actually boggles my mind: they built this great world that's FUN to explore (a rarity in single player games), but couldn't build a decent story around it.

My end goal is to hit the Shivering Isles expansion, where I hear its a bit more fun.

I've had a renewed interest in BFBC2 this month and it dominated my /played. I've set some goals and am trying to unlock some of the harder achievements such as getting a bronze/silver/gold with all weapons. Coincidentally, unlocking this achievements gives a ton of experience, so my level is increasing nicely.

I've had a sick 11-month old all month (actually longer than that). DotP takes a dedicated block of time to enjoy and be fair to other players online. My son wakes up constantly during the nights, when I usually play, so that has limited my DotP play time.