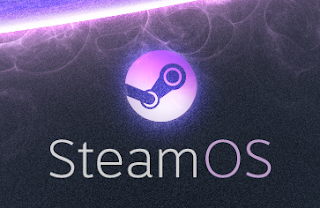 Valve stole executed on my idea. In November 2007 I had a healthy conversation with Jeff Freeman (may he rest in peace) about an operating system (OS) completely dedicated to gaming.  At the time Fedora Core 8 was launching with it's derivative "re-spin" idea with the goal to allow anyone to use the core Linux technology to build their own OS geared for their needs.  A lot of people agreed that it was a good idea but that is sort of where the idea fizzled out as far as the core gaming scene is concerned.  Since then the Linux gaming scene has progressed slowly until today where it has now taken a step over the edge when Valve announced their Linux-derived SteamOS.

SteamOS is the first foray for Valve into the operating system realm, but it should come as no surprise considering the leaps that their flagship digital distribution platform, Steam, has taken over the years.  Steam has grown to a dominant place in the market and has continued to evolve.  Everything from community hub pages to an active marketplace is included in Steam.  It was growing into far more than a simple software platform and it now only seems logical that an operating system was the next step.

And here we are.  SteamOS is real.  Core gaming via Linux is here (and has been here to a degree for a couple years now).  This is an exciting time for the PC gaming market.  It marks the first shot fired in a war for not only the foundation of PC gaming, but for the concept of video gaming in its entirety.  Valve is gunning for the living room where a PC makes just as much sense as an Xbox One.  PC gaming is a concept more than it is a platform and it is one that the gaming market was well past due to recognize.  SteamOS will proudly carry the banner into the trenches.
Posted by heartlessgamer at 9:19 PM No comments: