No Man's Sky with Colbert


Easily the best video game preview on a late show ever. Love the idea of this game; hate the name.
Posted by heartlessgamer at 7:20 AM No comments:

Email ThisBlogThis!Share to TwitterShare to FacebookShare to Pinterest
Tags: No Man's Sky

Town of Salem is fun 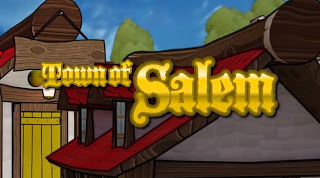 Hidden role games; I love 'em.  But mostly for the social aspect at the gaming table; not inside my PC over the magical tubes that make the internet.  The main draw is a randomly assigned team that has "perfect information" playing against the uneducated masses.  In Town of Salem that means its the mafia out to get the town.  It works surprisingly well considering the limitations of what is essentially a chat room with rules.

Games set up quickly with three players being assigned roles as mafia and being identified to each other mafia member.  The rest of the players are divided amongst various town or neutral roles (including a serial killer who is out against everyone).  At that point the premise is simple: mafia kill townies, townies figure out who the mafia is and lynch them.  The fact the mafia know each other and the townies don't know anything other than their own role opens the doors for all kinds of social shennagins.  Is that guy saying he is the jailor really the jailor or is he the godfather laying waste to townies at night?  Throw in a handful of neutral roles such as the jester (who wants the town just to lynch him) to the aforementioned serial killer who is out to kill everyone and you have a very unique game of "who's who" and "who dun it?".

The game is available via Steam or their website.
Posted by heartlessgamer at 10:10 PM No comments:

Email ThisBlogThis!Share to TwitterShare to FacebookShare to Pinterest
Tags: Board Games, Steam, town of salem 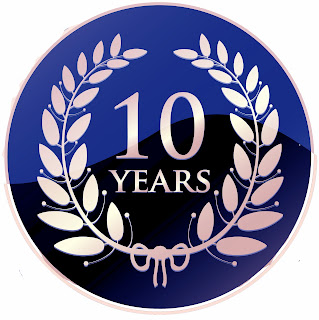 I suppose this warrants something bigger than just an obligatory "one post a month", but I'm tired and am still treading water in the gaming world due to real life.  So it is what it is and ten years of doing anything is still impressive IMHO.

Posted by heartlessgamer at 5:00 PM No comments:

Email ThisBlogThis!Share to TwitterShare to FacebookShare to Pinterest
Tags: Blogging

This is an amazing read: Raph Koster revisits the fabled time of game development that lead up to the launch of Star Wars Galaxies(SWG) and it's initial game systems for attaining Jedi status.

I've never really gotten over SWG, what it could have been after launch, and its eventual collapse.  Reading this article from Raph I get the sense that he was as heartbroken as we were as initial forum goers and beat testers. Raph's words bleed a passion and intelligence that is absent in today's game design.  They are what hooked us then and what I think will let us close the book on the SWG chapter in our MMO careers.
Posted by heartlessgamer at 11:55 PM No comments:

Sad news; Battlefield Heroes is set to shut it's doors this July.

This is unfortunate news alongside EA's other announcements about shuttering the rest of their Pay 2 Win ... err... Free 2 Play titles.

Personally I felt that Heroes was one of the better games of the Battlefield line up right behind Battlefield 2 and the original Battlefield 1942.  Heroes was easy to get into and offered an amazing amount of game play for free.  Unfortunately that is likely what has done it in over the long run.

At it's peak Heroes had reported player numbers of 10 million (geez, remember when we thought 250,000 was A LOT when talking about online games), but I suspect many of those millions were non-paying entities.  Eventually more and more "pay 2 win" aspects crept into the game.  Before long and about the time I stopped playing players had to pay up or go home.

In my opinion I don't think free 2 play has much to do with this closure at all.  EA is well known for closing down old games and shutting off the servers.  Heroes will just be another on the pile of games long abandoned by EA.  The real question for us to be asking is what, if anything, EA will change in the future to mitigate their constant disappointments with maintaining games with online components.  As a regular player of free 2 play titles and other online games these moves certainly don't give me any confidence in EA's ability to provide any decent long term investment.

EA is basically death for most of what it touches.
Posted by heartlessgamer at 8:17 PM No comments:

It is the last day of February 2015.
Posted by heartlessgamer at 8:18 AM No comments:

Via the Twitters: Guild Wars 2 expansion, Heart of Thorns, announced.

To which I say:

Posted by heartlessgamer at 12:25 PM No comments:

Acceptable to be unacceptable?

As a Packers fan I just don't know what to say.  First, it is acceptable to lose in the NFC Championship game. 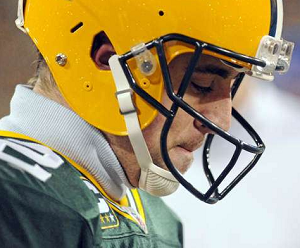 I have never been physically ill after a game.  I can't eat dinner right now.  I can't even determine if this is real.  Someone pinch me.

Thank you Green Bay and Seattle for an amazing game.
Posted by heartlessgamer at 6:47 PM No comments: