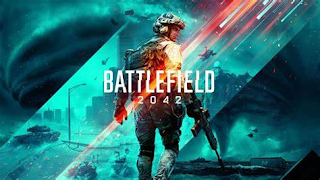 I am going to wrap up my Battlefield 2042 impressions posts with a look at what's coming next since EA posted their "Battlefield Briefing – First Look at 2023" post.  I am going to stick with the game because I am enjoying it.  So much so that I bought the current battle pass.  Now that I am invested I am keenly interested in the future and whats next for the game.

The biggest takeaway from the post is that there will be a Season 5 and Season 4 is primed for a launch in early 2023.  There was some concerns due to the poor launch of the game that EA would wrap it all up after season 4; essentially abandoning the game after only one short year.  Only season 5 was mentioned so that is not a commitment to more than a few months but it seems like it is the first light that the 2042 community has seen in a while.

The next big item was the confirmation the class reintroduction will occur in update 3.2.

Update 3.2 will be a big one for us with the reintroduction of Classes to Battlefield 2042. All our existing Specialists will be placed within defined roles with a set of gadgets and equipment that best suit their purpose on the battlefield.

This is a massive change for the game and will bring it back to the model of all Battlefield games of the past.  While I wasn't playing prior to Season 3 my understanding is the original Specialist system was too far removed from what is expected of a Battlefield game and contributed to a lot of the "WTF" reviews of the original version.  Since launch its been a steady crawl back to the tried and true concept of Assault > Medic > Engineer > Recon.  I look forward to see what this shapes into.

Also mentioned are new maps and map reworks.  I have mostly played Spearhead in my short stint so can't comment on the reworks.  Community sentiment seems to be that the team is focused on the right maps to rework and there is excitement around possible new maps.

One area that was not mentioned was Battlefield Portal. I would have thought there would be a call out for whats next with Portal.  It seems like a cool concept and my few forays into I've found fun little game modes to give a try.  I wonder if its not a key feature at this point?  Not sure.

If you are interested in giving Battlefield 2042 a try the game is free to play until Dec 5th.

Posted by heartlessgamer at 9:00 AM

Email ThisBlogThis!Share to TwitterShare to FacebookShare to Pinterest
Tags: Battlefield 2042