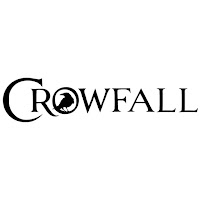 Crowfall is going offline Nov 22nd (what a birthday present for me!).

Over the past few months, we’ve been evaluating the current state of Crowfall. One of the biggest challenges has been the sheer amount of development effort required to build new campaigns and keep the game running daily. In order to refocus our efforts from live operations to development, we have decided to take the Crowfall live service offline for the time being.

On November 22, 2022, at 11 AM CST, Crowfall will go dark, and the game servers will be unavailable. Until the service goes offline, take this time to try out all of the cool buildings, mounts, and emotes for free in the Crowfall store.

We're going to use this time to map out the future of the game. We have yet to determine what that looks like, but we are investing in and rethinking every part of the game - from the core technology and tools to art, design, and gameplay. Nothing is off the table.

We'll share the plan with the community as it shapes up.

We want to thank Crowfall players for their support, feedback, and patience since Monumental purchased the game.

Not surprising to be honest.  The game launch was lackluster and struggled to find an audience.  I don't feel the game was unplayable but it really didn't offer anything to your average player.  To be honest if you wanted to enjoy any part of the game you needed to be part of the in-crowd and the in-crowd had all sorts of exploitation to game the system which made it irritating to be part of.  I had an enjoyable run but as a mostly-solo player being forced into waiting around for guilds to do something meant there was nothing for me in the game.

I will be curious if Crowfall comes out of this dark period.  I could see the cost to re-develop not being worth it, but that would really make me wonder why it was acquired in the first place.  As an early backer on Kickstarter I do want to see Crowfall realized into a live service game so hopeful they are taking the down time to make a serious development effort around the game.  If they do relaunch I'll be there to give it a try.

Posted by heartlessgamer at 6:00 AM

Email ThisBlogThis!Share to TwitterShare to FacebookShare to Pinterest
Tags: Crowfall