First Week Thoughts on Call of the Wild: The Angler 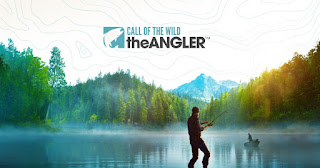 Call of the Wild: The Angler launched last week and I've gotten a few hours to put into it.  I shared my pre-launch thoughts here so I wanted to follow up on how the game shaped up.

The first item I was interested in was the open world aspect of the game.  I've enjoyed my time exploring the world and finding different fishing spots.  The driving and boats are a bit like driving a hammer in a swimming pool, but they are better than hoofing it out on foot.  There is a good bit to do beyond fishing and for anyone looking to get a pot of money to start out with doing the "Golden Tour" quests around the map is a great way to get starting cash.

I mentioned a "proven track record" for the developer in my first post and I feel the game has launched in a good state.  There are no major bugs and stability + performance has been good for me.  Scanning the forums, discord, and Reddit there has not been an uproar of issue reports so I take that as a good sign.

Now, there is the other side of the track record, which is "is the game fun/challenging?".  That is a little more of a "jury is still out" situation.  There are some things that were done in theHunter Call of the Wild (Expansive Worlds last major game) that would be perfect fits for Angler, but for some reason were not part of the base game.

The first major gap is the lack of a skill/perk progression system. The only progression, and I hesitate to call it progression, is earning cash and buying heavier gear.  Once you have that heavier gear you can catch anything with it which means you plateau pretty quickly.  A skill/perk system that unlocks better rods/reels/fishing methods along with "knowledge" type skills would go a longs way to improving the game.

The second major gap, which dove tails with my comments about heavier gear being a plateau, is the lack of a "harvest check" equivalent system.  For anyone that played theHunter the harvest check system served as a way to ensure you used the proper equipment when hunting different animals.  You could not earn a diamond trophy rating by blowing away a turkey with an elephant gun.  Oddly there is no such check in the Angler; if you catch a blue gill on 50lb braid and a heavy rod/reel and its a diamond ... it's a diamond rating.  Since you can see the fish in the water this makes catching the diamonds trivial.

For comparison; after casually playing theHunter for close to a year I've yet to bag a diamond kill.  I came close a couple times with diamond-eligible targets but missed my shots or in one sad case used the wrong caliber weapon.  In the first hour of Angler I caught multiple diamond fish and to be honest they felt no different than any other fish.

I still have confidence in Expansive Worlds to improve this game but there are some head scratchers on design decisions for the game thus far.

I was also excited to give multiplayer a go, but its implementation is buggy and also in the "head scratchers" category of design choices.  Multiplayer is on by default so you are always put into a multiplayer match unless you turn the setting off (which you have to do every session).  Joining a friend is difficult because they are always getting set to a full map with everyone being defaulted to multiplayer.  This system makes no sense and a game like this should NEVER default to multiplayer = on.  I should be able to create lobbies that are public, private, or friends only.  The developers have acknowledged the issues so I am hopeful for quick resolution to the issues.

Over all I am having fun with the game.  It is a relax and chill style game.  The fishing doesn't require a ton of skill, which I assume they will address longer term, but its enough fun for me to log on and catch some fish every day.  With the lack of a progression system it's hard to see a long term investment so I'd weight that as a key priority for them.  Anyone looking for an arcade like fishing experience with a side of open world exploration this a game worth giving a try.  If you are looking for a full fledged fishing game then I'd hold off until they make some improvements.

Posted by heartlessgamer at 3:45 PM