I caught wind of recent news regarding TCGPlayer and BGG Geek Marketplace and wanted to share some thoughts.

First, eBay has announced their plans to buy TCGPlayer. This transaction makes sense as TCGPlayer has really become an eBay-a-like for trading card games.  This news would have been filed away in mind as a blip, but then I saw the amount that eBay spent: $295 Million.  Holy cheese balls!

I had a short stint as a volunteer writer for TCGPlayer posting articles about the World of Warcraft TCG.  At the time it was very much a fan run site for fans of TCGs.  I did not get the vibe of "we are a future multi-million dollar corporation".  Feels like I missed an opportunity here had I stuck with the freelance writing for TCGPlayer.... giving me vibes of the time I missed out on contributing to WoWHead before it got gobbled up for a million dollars... which makes me lament my younger days and not having the chance to become a streamer (I was an early adopter of Google Video before Google had Youtube).  Apparently my destiny is to always be early to the party! 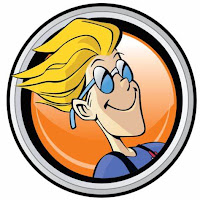 The next news item to cover is Board Game Geek's (BGG) sudden announcement they were shutting down Geek Market.  This came as a surprise as BGG was in progress testing an updated version of Geek Market so to go from beta testing a new version to shutting down the entire thing (including the original Geek Market) caught the BGG community by surprise.  Since that announcement and uproar from the community the folks at BGG have opted to establish a new classified-style market.

I don't really have any commentary; just found the news interesting.

Posted by heartlessgamer at 12:40 PM